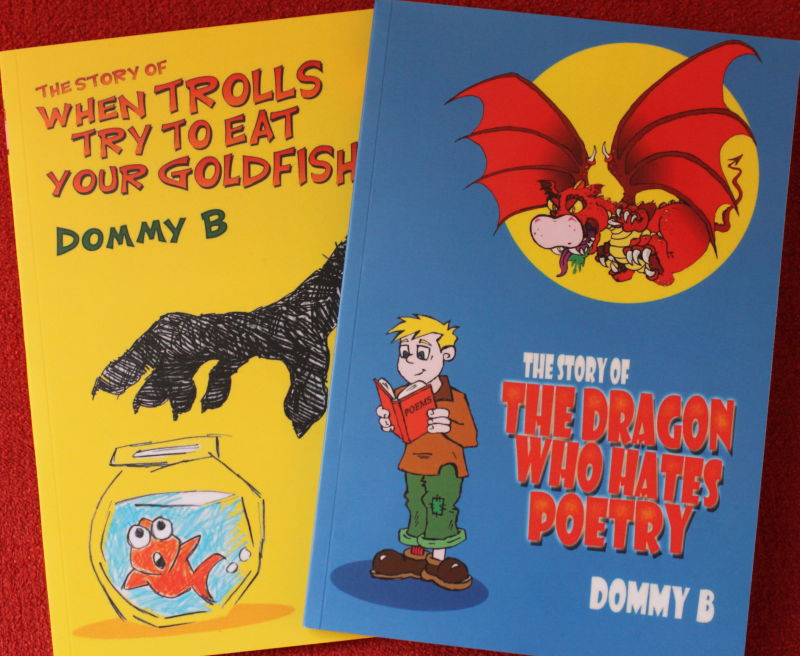 ‘de DE de DE de DE de DE.’ Dominic Berry, performance poet and writer of poetry books, was in fine form stressing syllables at our first Manchester Scribes ad hoc workshop of 2018. His mission was to inspire group members to write two poems in different forms during our two hour session one wet Saturday afternoon in February. He assured us that if we stuck to the form, we’d be poets. Our poetry knowledge ranged from non-existent to penning a haiku although none of us had an aversion to it like Dominic’s dragon has in the book pictured above.

The first form was a triolet. The second a limerick. I was on familiar ground with a limerick but I confess I didn’t know what a triolet was, not knowing my ‘meter’ from my ‘foot’. I was also pretty daunted by the prospect of actually having to craft one. I may be writing a children’s middle grade novel and a picture book series but poetry seems like an alien language to me.

Dominic started with a couple of warm-up exercises, the second of which, writing on a subject we liked for three minutes, was to form the basis of our triolets; 8 lines each of eight syllables. He then demonstrated, using one of his own amazing poems, how for each line an unstressed syllable is followed by a stressed one. Iambic tetrameter! I was beginning to find my feet. With trepidation, I scoured my writing and wrote my first eight syllable line. Dominic then very patiently taught us how to build up our 8 lines in the correct form and rhyming pattern, encouraging us to add a twist of darkness to lines 5 and 6.

Much to my astonishment, I found I had written my first triolet: 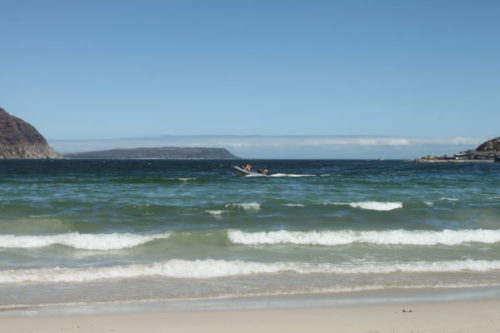 And I was not alone. The whole group had managed to write one and what’s more we were all so buoyed by our new-found confidence that we each performed our own work.

After the break, Dominic moved on to the more well-known 5 line limerick. Although I had managed to write limericks prior to this eye-opening workshop, I hadn’t thought about the number of syllables and stresses in each line and had just relied on whether it ‘felt’ right. It turns out that the first, second, and fifth lines must have seven to ten syllables while rhyming and having the same verbal rhythm. The third and fourth lines only have five to seven syllables, and have to rhyme with each other and again have the same rhythm pattern. For the sake of this exercise, we used eight syllables for lines 1, 2 and 5 (with the stress on two, six and eight) and five syllables for lines 3 and 4. We all managed to write and share our limericks which, true to form, were more amusing than our triolets. 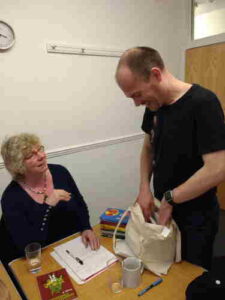 It had been a great afternoon. Dominic had managed to make poets out of us and I felt confident that I would be able to attempt to write more poetry in the future. In fact, by the time I got home, I had knocked out another limerick:

Perhaps I’m getting ahead of myself there.

Dominic made it a fun workshop which took the ‘daunting’ out of poetry. I learnt it was all about the syllables and rhythm and if you followed the form you would write a poem. Triolet anyone?