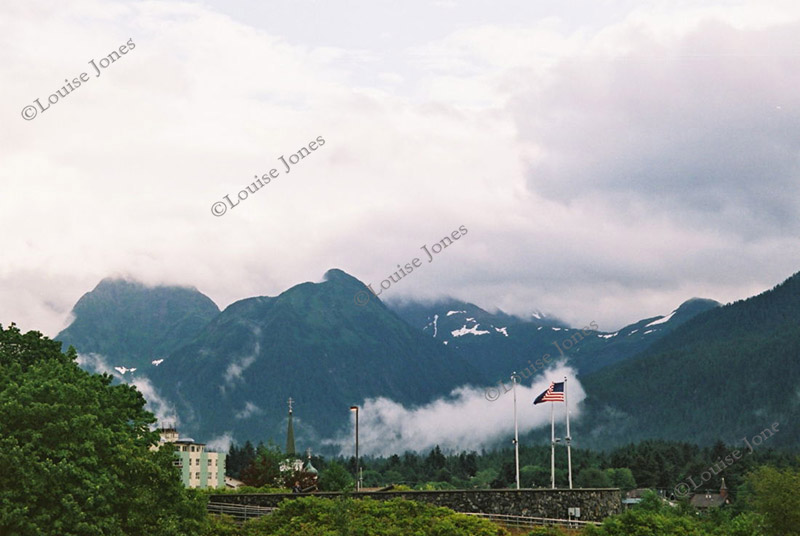 Over one hundred and fifty years ago, in 1867, Russia sold Alaska to the USA for $7.2 million. That’s approximately $125 million in today’s money. Or £100 million; the cost of not many mediocre footballers. So what price Alaska now? I pondered this whilst enjoying pancakes, bacon and maple syrup for my first breakfast in the US’s biggest state. Especially as gold and oil have been discovered in the vast wilderness since the purchase.

I’d arrived in Sitka, situated on Baranof Island in the southeast of the state, the previous day via an overnight at Seattle airport. After breakfast, I set off in the rain to explore the quirky, pioneer-feel town checking out the art shops and making use of its many cafes for pit stops. I headed up Castle Hill, which was not only the site of the transfer ceremony from Russia, but also, despite the weather, gave magnificent views over the islet dotted Sitka Sound. From there, 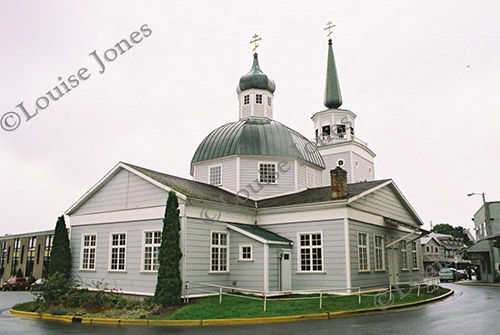 I wandered by the onion-domed St Michael’s Cathedral, a clue to the town’s past, and down to the harbour. While I strolled by, seals bobbed in the water, seemingly watching my every move. I headed through the Historical Park, its aromatic spruce trees doing wonders for my jet lag. I admired the colourfully carved totem poles and spotted bald eagles before sheltering from the rain at the visitor’s centre.

With the Alaskan weather relenting a little, I checked out the Indian River, wary of bumping into any bears. I was amazed to see all the salmon lined up across the river-bed as if swimming on the spot, gently wafting their tails while they rested, perhaps adjusting from salt to fresh water. It felt like I could just reach down and pluck one out. Further up river though it was a different story. As if re-energised, they were trying to leap up the rapids. It was heart-breaking watching their lack of success. I figured enough of them must make it but I only saw the odd one or two that did. Fortunately, for them and me, we didn’t encounter any bears. 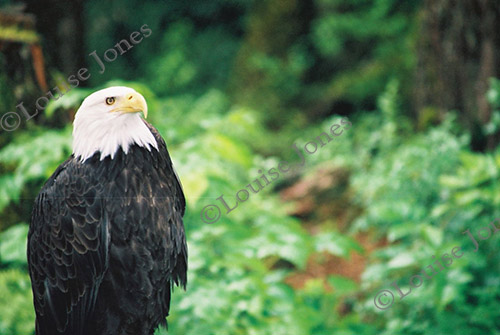 I then visited the Alaska Raptor Centre which nurses injured birds of prey back to health by way of their own flying school. Many of them get injured in power lines and, if possible, after rehabilitation are released back into the wild. My visit to the centre, contrasting with the healthy bald eagles soaring above their rich, if at times hazardous, habitat, started the germination of an idea for a children’s middle grade book.

On my final evening, the sun put in an appearance for my cruise on the glass-like Sound. We saw Sitka black-tailed deer on the shore, chuckled at sea otters lolling on their backs in their kelp rafts, looking as though they were waving at us, and marvelled at a humpback whale diving to the depths. And lots of jellyfish. We chugged back to town accompanied by a glorious sunset silhouetting Mount Edgecumbe, a dormant volcano, and the onion domes of the cathedral. What price Alaska? I would be catching the ferry to the capital Juneau the following morning, but after only the first few days of my trip, it was already priceless.